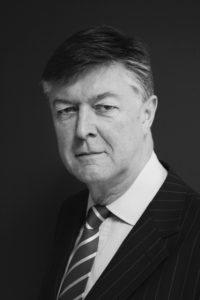 Francis Bleeker is Principal of Malmaison Advisers & Company, a strategic consultancy firm specializing in practical business solutions, advice and education to the defence industry, not-for-profit organizations and government. He is a senior defence and security executive with more than 35 years of experience in international and domestic markets. He is currently working with Robotics Centre, an Ottawa-based systems integrator of unmanned systems as their COO. He combines that role with a position as Senior Associate of the Defence Procurement Group of Hill & Knowlton.

Previously, Francis was Commercial Head for the Abu Dhabi-based defence company Caracal International, where he provided strategic advice to the company’s CEO on international business development opportunities. During his tenure, he initiated strategic alliances with defence companies in the U.K., U.S., and Indonesia. Prior to his overseas assignment in the Middle East, Francis was a senior executive at Colt Canada. As Director of Sales and Marketing he won over $100M in contracts. With additional responsibilities as Head of Industrial Participation, Francis oversaw Colt Canada and Colt U.S.’s offset program for governments and agencies across the world and managed a global network of representatives. He fulfilled and achieved significant offset obligations at minimal cost through strategic agreements and using innovative means. Francis also successfully lobbied the Canadian government on changes to export legislation and offset regulations.

In addition to his business-related success, Francis regularly offered his expertise and defence industry knowledge to the Canadian Association of Defence and Security Industries (CADSI) where he served as chairman of the International Committee and participating member of the Government Relations Committee. As a recognized defence industry leader and expert, Francis also represented the Government of Canada at the small arms industry meetings at the United Nations Arms Trade Treaty (ATT) in New York City and Montevideo.

Prior to moving to Canada in 1998, Francis served as Deputy Director of International Police Cooperation, at the Ministry of Home Affairs in The Hague, Netherlands. As Deputy Director, he was responsible for improving both multi- and bi-lateral police cooperation within the European Union and the Schengen area, and was a national delegate to regular working groups, Committee K4, and the Council of Ministers. Previously he had worked in the Cabinet of a Queen’s Commissioner on police, security and public safety matters. Concurrently he was a commissioned infantry officer in the Dutch Army (reserve) for 17-years and participated in numerous NATO exercises. Additionally, he served as Secretary of the Legal Committee of the NATO Interallied Conference of Reserve Officers (CIOR).

Francis holds a master’s degree in law from Leiden University, an MBA from the Open Business School, U.K., and has completed the Canadian Security Studies Programme at the Canadian Forces College in Toronto. In his spare time he leads the Ottawa chapter of Treble Victor Group and sits as a director on its National Board.